Today after school, Charlotte carried across the gym floor a box that is half her size. She was so proud of it. Struggling to hold it up higher for me to see it across the full-length basketball court, the box slipped a little, and I could see the sadness in her face.

It’s the same sadness that I have carried with me since Buckeye died a month ago. It’s the sadness of letting go of something that you love.

Catching the box, with a triumphant: “Oh! Mama! We made a doghouse today! All the kids…well…some of the kids helped me make this! I’m going to use it for my brown dog at home. You know, the soft one. I can’t use it for Buckeye….because Buckeye died. He’s dead”. It’s a phrase that I’ve heard a lot from the younger two in the past month. I usually reply with a simple: “I know, honey.”

This afternoon driving home, I knew there’s more that I need to do for Charlotte. It’s been a month tomorrow that we lost Buckeye, and Charlotte is making daily photos of him, completing writing prompts about him at school, and she and Theo pretend play all the time including Buckeye in their play.

I decided not to research “what to do when a pet dies”, which if you know me at all, is not me. I research the heck out of everything. Instead, these were the “guidelines” that we utilized as we’ve gone through this process of our first loss.

Before dinner tonight, I got the notification that some books I had on hold were available. It was still early enough, and the kids were finished with their homework, so we made a trip to the library to pick up the books. While there, Charlotte wanted to go over to the “Parenting” section near the children’s books. I swear it was as if she was leading me over there-that it was one way for her to silently tell me what she needed to help her grieve. While she scanned the shelves for books with pink spines, I focused on the section on Death/Grieving. Flipping through a few, I settled on these two books: 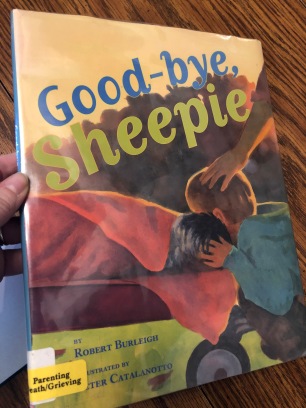 I wasn’t sure when I would read them to Charlotte, or if she would let me read them to her. We got home, ate dinner, and then the boys went upstairs. There was a bit of tension in the air. I could tell something was bothering her. She sat on one couch, and then the other, and looked at me with her big brown eyes-a constant reflection to myself.

“Baby? Do you want to read those special books I picked out from the library?”

We snuggled in together on the couch, and Charlotte held my hand as I held the book. I hadn’t even started reading and I felt her tense body loosen up; that tension she’d been holding for the past month released. Hot tears began to fall, and together we sat there and cried.

We cried for the absence of tail sounds thumping the floor, and the giggles that naturally happen with a furry friend. We cried because he no longer greets us at the door, and the security blanket of knowing his bark would help us to feel safer at night. We cried for less fur we’ve had to vacuum, and wet noses sniffing half completed coloring projects on the floor.

It’s the first loss that the kids have experienced, and this has allowed us to remind them that this also won’t be the last. With the Lenten season approaching, I’m preparing for some big feelings and some big conversations to emerge from around the dinner table. We’ll continue to lean in together as a family, and into Jesus while we explore what those feelings are.

Tougher than the feat of getting a baby to sleep through the night, I managed to read both books while I choked back the tears. Next to me, Charlotte quietly wiped her eyes and when the last book was finished she let out a tiny sigh. Pulling away from me, she wiped her eyes again and said:

She’s right. He was the best dog.

All we can continue to do for our family, is to keep his memory alive. That’s the best that any of us can really do, for anyone that we’ve lost. Talk about them. Share their stories, and continue to keep their memory alive. It’s the moments with others: people and pets that make the moments into the memories. 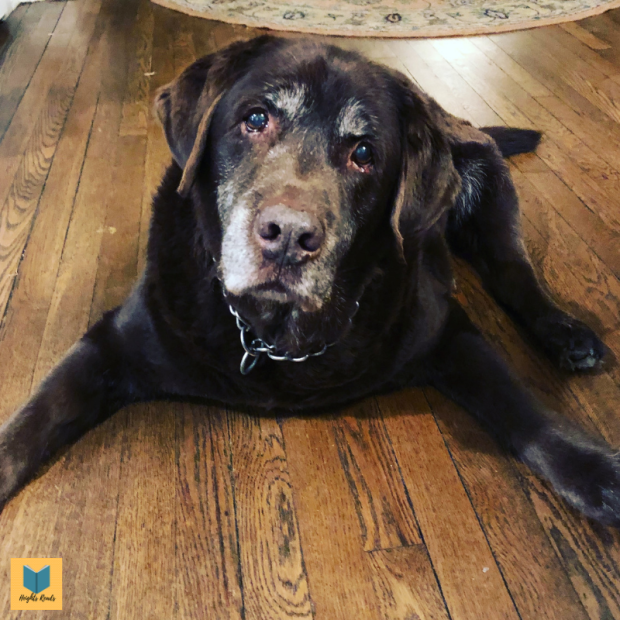